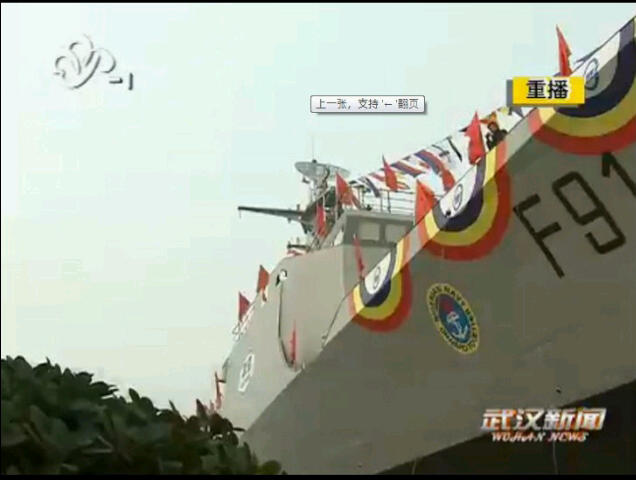 Starboard side of the F91, a P18N series warship 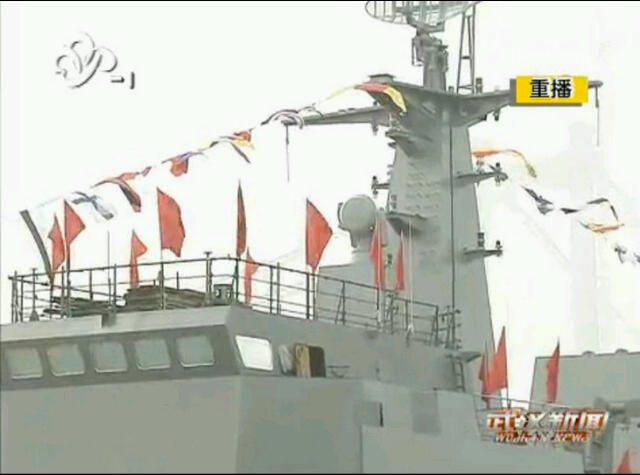 The Chinese government said it is still committed towards assisting Nigeria secure the release of Nigerian school girls taken as hostage by the Boko Haram sect.

The Chinese Defence Attaché to Nigeria Colonel Ku Hang Li who restated his country’s commitment toward assisting Nigeria solve the problems of terrorism but declined comment on the details of the security intervention by China. He lamented the abduction of the Chibok girls but added that his country will do everything within its power to assist Nigeria resolve the problems of Boko Haram and the abduction of the girls.

The statement came just as Colonel Ku Hang Li revealed that the People’s Liberation Army Naval Taskgroup would be deploying a key Chinese combat vessel to Nigeria next weekon a diplomatic visit to Nigeria.

The Chinese frigate, he revealed were being deployed from Syria where they just finished an exercise assisting the Syrian government in the destruction of chemical weapons allegedly found in their arsenal.

He said that apart from Nigeria, the frigate would be visiting Tunisia, Cote D’Ivoire, Senegal, Angola,South Africa and Namibia.

The Flag Officer Commanding Western Naval Command Rear Admiral Ilesanmi Alade who received the Defence Attache said Nigeria and Chinese military cooperation has increased within the last two years, especially with the building of a warship from China.

He said that the vessel christened NNS CENTENARY is expected in Nigeria in July while another vessel which will be built at the Nigerian Navy Ship Yard in Port Harcourt by the Chinese Ship Builiding Company had been initiated.

Delivery of F91 is expected in the middle of this year and the second vessels is also expected to arrive sometime in 2014, and be completed either late this year or early 2015.

China Shipbuilding and Offshore International Company (CSOC) has also signed a contract to upgrade the Nigerian Naval Shipyard in Port Harcourt so that it can build OPVs and maintain vessels up to 10 000 dwt. Upgrades to the dockyard include a new jetty, a new dry dock and other additions.

This being the centenary year of the amalgamation of the Protectorates of Northern Nigeria and Southern Nigeria in 1914, I suggest that one of these three incoming big ships – the pair of P18Ns or the second 3,250 tonner should be named a funky and meaningful NNS Centenary.